Taidu (Taiwan independence #1台独), Gangdu (Hong Kong independence#2港独), and now Singadu (Singapore independence 新独) ？This is a very unfortunate development because Singapore has been an independent country since 1965. We are different from Taiwan and Hong Kong.   Why do people here still want to have independent thinking mind?

A new political independent movement away from the ruling PAP is emerging quicker than expected.   Or if you look at it from the other sides from Taiwan and Hong Kong, it is certainly slower than expected. Here we are not discussing whether the “independent mind” of Taiwan and Hong Kong people is right or wrong, however, their desires and expressions of freedom, rights, and “emotional hump” #3 are relevant to us.  It shows that a developed society has to accept different ideas and views and the monopoly of thinking is an out of date public policy of Singapore. 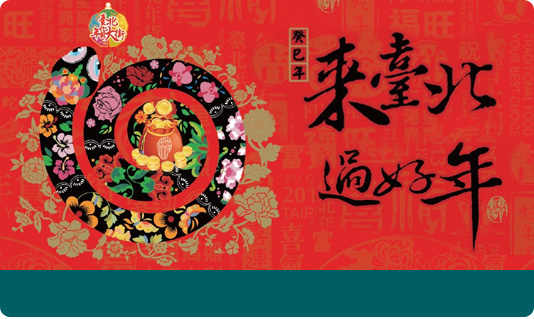 Despite Taidu or Gangdu, both Tiawan and Hong Kong never go down in history. Both regions continue to have economic growth and people there are having same quality of life if not better than Singapore although their GNP per capita is lower than us.  All three never end up like the situation in the Middle East.  Why?

For uniquely Singapore, it is better to use Singadu rather than Xindu.  Whether Taidu or Gangdu, both are within the Chinese Greater China family under current political and economic climate.  Singapore is certainly not within the Greater China family and politically, we are an independent country. Singadu movement can take many forms.  Some may want a total change of the government.  Some want to teach the PAP a lesson.  Some wants only improvements in services.  Some just want the PAP to listen through National Conversation.  Anyway, there is no return to the past – the one party one man rule.

There are special reasons (#1#2) for the making of Taidu and Gangdu, so do the Singadu in Singapore.   In Singapore, the high-handed PAP has slowed down the independent movement but ultimately it has arrived.  And the arrival has a new term as described by a PAP MP – Political Tsunami. #4

Why, despite being an independent state, Singaporeans do not feel the independency?   In my previous post, “Political Tsunami, the PAP is just another East India Company”,
http://pijitailai.blogspot.sg/2013/02/political-tsunami-pap-is-just-another.html the arguments are the PAP & Co rules Singapore like a business and the Parliament is acting like the British parliament during American Revolution, passing legislations regarding North America without any considerations to the local people.

Referring to the situation in Taiwan and Hong Kong, there must have some things that people there find uneasy towards the ruling KMT and Hong Kong CEO. KMT in fact does a reasonable good job.  Despite free election, they can still hold on to the power. However, if there is a free election in Hong Kong under one-man-one-vote system, the current CEO of Hong Kong will not likely to be elected. (Sound like the winner of our PE2011?)

Independent minded Singaporeans are questioning the President whether he is doing the job of the Republic’s President.  And whether the President has protect the interest of Singapore core or not?

Singadu has to do with the Singapore core or citizen core of Lion city. The Population White Paper has made the PAP immigration policy unpopular.  However, without the independent thinking mind, the expression and desire against the 6.9 million people will not be so loud. In the past, the PAP could implement polices as they liked with or without the parliament debate.  Now, at least they come out with a white paper and allow discussions in the parliament.  However, this is not enough.  The citizen core wants more and more and more!

When the Singapore Parliament endorsed the Population White Paper against the wishes of the Singapore core, the consequence will be a political tsunami even the Straits Times has predicted a sad outcome for the PAP:

<There is much muttering about the PAP paying a political price in the next general election due in 2016, and predictions of it losing one-third or more of the 87 elected seats.

More worrying, as several MPs pointed out, is a growing divisive "Us and Them" rhetoric that demonises the PAP Government.>#3

However, ST is quick to point out the division in Singapore.  First of all, who is dividing the Singaporeans?   When Singaporeans begin to have our own identity and the Singapore core has formed the independent mind of how this country should be run, unfortunately, the PAP still wants to control the direction of Singapore.

The PAP has to think very hard why their “heart” works are not appreciated by the Singapore core.   Independent minded Singaporeans will have second thought about Goh Chok Tong and Khaw Boon Wan.  Some may even laugh at them and doubt about their sincerity.

<“These are tough, fundamental challenges which the PM and his ministers will have to resolve. They will have to do this not only intellectually and logically, but also emotionally and sensitively,” he said. “They will have to dispel people’s current and future fears, win their hearts and minds, while planning a better tomorrow for them.”

Goh also applauded Lee and his team for their “courage and leadership” in tabling the paper, saying it was “the responsible way to govern Singapore”.>

<Given the intensive building programme, the minister said he was shocked by the opposition Workers' Party's proposal to freeze the foreign worker population immediately and for 8 years.

"That is throwing a spanner into my building plan. I will not be able to deliver the new flats as promised to 200,000 families," said Mr Khaw.

"On behalf of these families, I ask the Workers' Party to please rethink your idea and your approach, please spare a thought for them. They are our people, fellow Singaporeans too and many of them are making plans to quickly have the keys to their homes so they can set up families and have babies. Please don't disrupt their plans.">

The PAP cannot stop the Singadu movement.  Experiences in Taiwan and Hong Kong show that there are always noises and voices in the society.  Bad handling of citizen core issues like the Population White Paper will only made the Singadu stronger. And in the days to come, it may even take over the running of Singapore.