From a listed company to an unlisted company, SMRT Corporation is a clear example of a failed privatisation project. It highlights two significant failures:

It is quite clear that with the current level of performance, SMRT will have problems maintaining their earning level.  It uses to be a cash cow depending on collection of fees from users. With a substandard performance and the continuation of technical problems, it will be hard to make profit without government subsidy.

It looks ugly if SMRT continues to be a public listed company. It needs to make their shortcomings public and even subject to shareholders’ questioning.  This will touch on the accountability and transparency issues.  For the PAP government, for political reasons, it is better to close this channel as soon as possible.

When the government engaged in privatisation and deregulation programs, following the happenings in USA and UK in the 1980s, the messages to Singaporeans are these programs will benefit Singapore with higher productivity, better management, better service, enterprise spirit and market orientation.

Although public services are privatised, their ownership is still with the government. Hence, the management thinking and operation philosophy are still very ‘PAP’ orientated group thinking. SMRT shows such a mindset and of course, has to bear the political cost of underperformance.

The privatisation programs have in fact expanded the invisible hands of government in our economy. The activities of government linked listed and unlisted companies, banks, Temasek and GIC, clearly indicate such involvement.

The accumulation of these privatisation activities has created many high paying jobs. When you read that a scholar or a army general is going to be appointed director or CEO of a GLC, you know the salary for such an appointment is very likely to be a million and above.

However, the distribution of high paying jobs is unequal and uneven. This has affected the social mobility of ordinary Singaporeans. For the top paying jobs, you have to be politically ‘correct’ with same group thinking. Even for middle level jobs, your attitude must also inline with the authority.

Singaporeans, who are not working for the privatisation projects, are less likely to benefit from the deregulation of public services. Alternatively, to gain social mobility and better pay, you have to work for the multi-national companies but not small and medium businesses.

This development not only creates social mobility issue but also entrepreneurship issue. The privatisation programs are guided with the visible hands of the government. If necessary, they will grant monopoly status to the GLCs, or create ‘false’ competitions, e.g. telecoms market.

We have now seen the fruit of the privatisation.  Like US and UK, our income distribution and social mobility have not improved after more than 30 years of privatisation and deregulation. However, the high paying jobs created through privatisation have provided an excuse for awarding high compensation for our ministers and political holders. On the contrary,  American and British politicians dare not use privatisation to enrich themselves by increased their salary. This is the uniqueness of Singapore!

Privatisation and Deregulation in questions:

或许，这是行动党第三和第四代接班人的不同素养，连说话多少，分量如何都拿捏不准。到底，有几个陈川仁这样的所谓第四代行动党接班人，懂得少说话、不说话、说对话的政治艺术？
at July 20, 2016 No comments:

The political development outside Singapore pins a difficult ‘dao’ for oppositions in Singapore. Interestingly, in the eyes of Singapore voters, either a status quo of reject change in Sarawak or a change in doubt in Taipei will benefit the People’s Action Party. It is a win-win for the PAP.

These developments can be divided into two groups:

The Sarawak state election suggests a status quo despite huge controversies and problems for the ruling alliance (BN). Voters care little about these issues. The two by-elections in West Malaysia further prove that voters just prefer to maintain the status quo and fear to change.  Of course, they welcome free gifts and the political promises whether they can be materialised or not.

The just concluded Japan’s Upper House election also confirms voters prefer no change. This is a continuation of the Lower House election 2 years ago.  Japanese voters just refuse to give the oppositions a chance, including young voters whose voting preference is similar to the older generation.

These seems no different from Singapore voters. Voters here prefer old horse and still think and give high mark to the established brand name - the PAP. They also want to maintain a status quo and fear change.

On top of these negative and discouraging developments, the ‘change with regret’ development will add more salts to the oppositions injuries - doubling the fear factor.

Voters have found an excuse not to vote for change as they witness the happenings in Taiwan and United Kingdom.

This puts the e oppositions into an even more difficult situations. These challenges will cut into Singaporean ‘kiasu and kiasi’ mentality. The examples in Taipei and United Kingdom will remind voters, including liberal voters, to think twice before voting for a change.

In 2014, Taipei voters voted a non-party independent candidate, Ko Wen-je to be their mayor.

[There was a certain aura or charisma surrounding Taipei City Mayor Ko Wen-je when he took office in late 2014 as a self-styled "ordinary person outside of politics." His off-the-cuff remarks and way with words not only generated media talking points, but he was also bolstered by high approval ratings and quickly shot up as a rising star in Taiwanese politics.
Oh how times have changed now that Mayor Ko's approval ratings have reached a nadir in recent weeks. But does this really come as a surprise? Mayor Ko may be a skillful surgeon and possess a high IQ, but his EQ (emotional-quotient) on the other hand leaves one wanting. Not only this, his experience and recognition of the duties of a municipal leader are wholly lacking. Due to unpreparedness and his insufficient grasping of the bigger picture, Ko has been unable to craft a blueprint for administering Taipei.]
http://www.chinapost.com.tw/editorial/taiwan-issues/2016/04/13/463289/After-Mayor.htm

The performance of Mayor Ko Wen-je serves as a reminder to Singapore voters who read and watch Taiwan development. Change does not ensure a better future. Voters are also watching closely the performance of the new Taiwanese government led by President Tsai Ing-wen.  For example, when Taiwan accidentally fired supersonic missile towards China, the government, including the President and Prime Minister seemed not well informed and prepared to handle the situation.

Talking about Brexit, more than 4 million voters ask for a revote. It is a clear indication of regrets.

Singapore voters read international news. The examples of Sarawak, Japan, Taiwan and UK are good marketing advertisements for the PAP.  With kiasi and kiasu mentality, these developments will certainly increase the fear index.

It seems to imply that even the PAP makes big mistakes, like losing billions in reserve, trains not running, crime and unemployment rate increase, more new poor, etc, it will return to power easily with two-thirds majority in the next general election.

Are the challenges real? Or it it too pessimistic?
at July 14, 2016 No comments:

Dare to make mistakes and dare to check oneself mistakes? 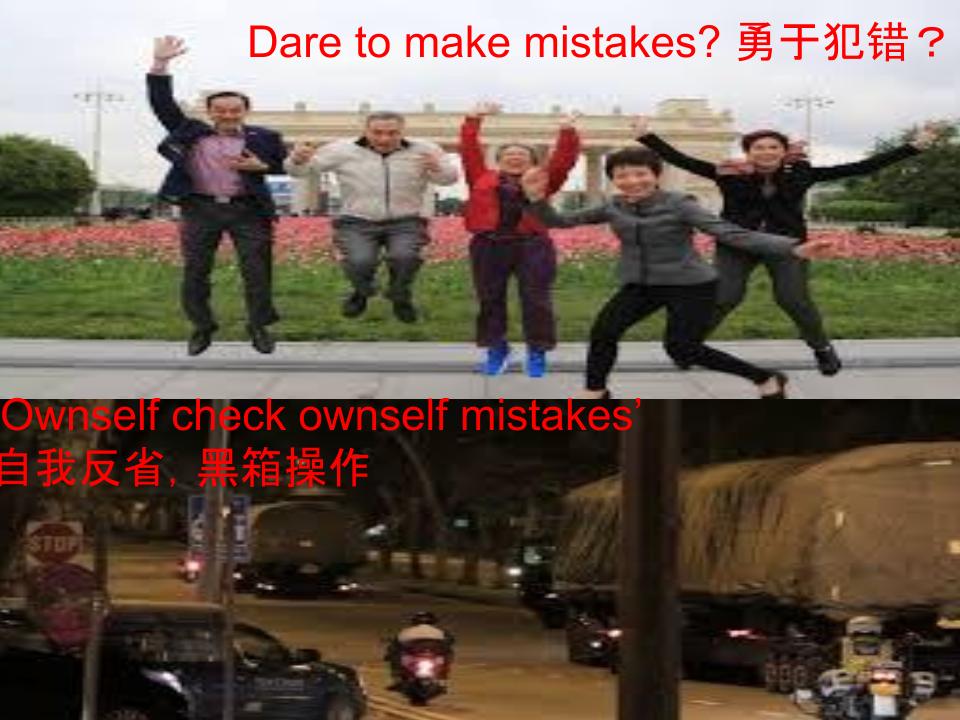 Dare to make mistakes when you are young.

In a Facebook post, Mr Lee wished the “young and young at heart” a happy Youth Day.
“Your dreams today can become your passions tomorrow,” he said. “You can experiment, try things out and discover what you can be. The future often looks daunting, but go forth and create your own!”
(http://www.channelnewsasia.com/news/singapore/don-t-be-afraid-to-make/2926466.html)


When you are older, you, ‘ownself check ownself’, report mistakes only to 'ownself'.

Why are MRT trains being shipped back to its manufacturer?
Defects were found during a check of new trains manufactured by Kawasaki Heavy Industries and CSR Sifang in late 2013. There were a few hairline cracks on the car-body. These are superficial cracks (like those that show up on the walls of a new house). They are not structural cracks and are not safety-critical.


This is the best win-win strategy for making mistakes. 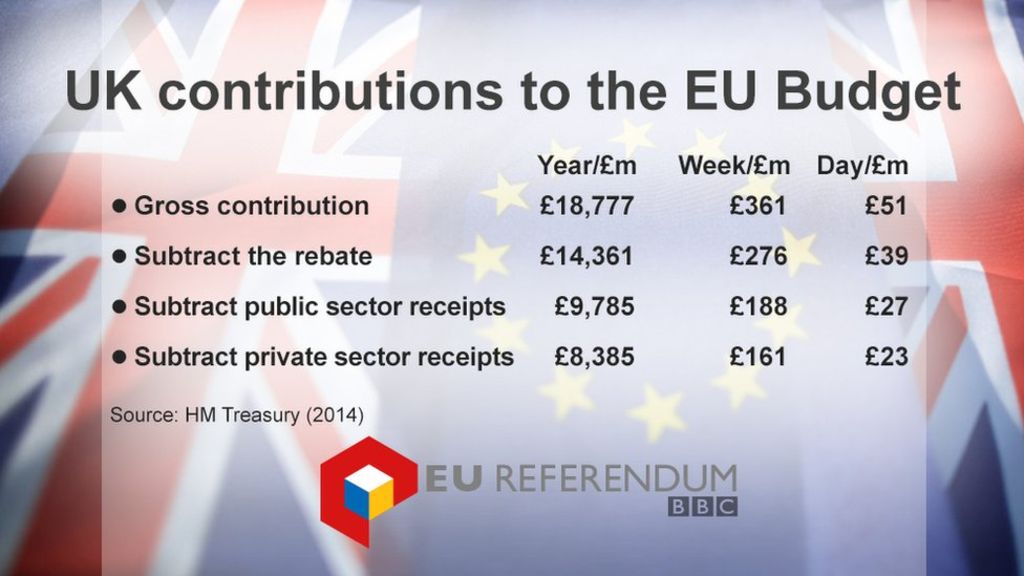