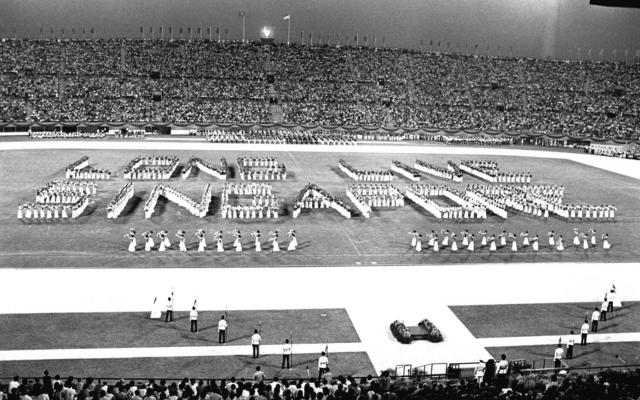 The Coming of Humble, HDB-type Prime Minister in Singapore?

Despite high economic growth in the past 50 years, the PAP has yet to find solutions for housing and inequality problems#1.  In future, when our economy enters sustainable growth,  it will be even more difficult to solve these problems, especially from the past record of the PAP. Not only that, it seems that they are either not willing or unable to solve these hot election topics.


Perhaps, the PAP intentionally does not want to solve the problems because problems like these are to their advantages.  They say they give housing grants, income vouchers, subsidies, and benefits to lower income and HDB residents.  They even give out more when election is near.
However, past record shows that the PAP’s high growth is through inflated housing prices and enlarged rich-poor gap. Without these inflation and enlargement, the PAP will not be able to achieve and sustain high economic growth.


Mr. Ho Kwon Ping’s proposal to solve these two problems will limit  the economic growth in Singapore as housing price cannot be inflated  by market force and Gini Coefficient will have to go down to a level, perhaps, like the welfare states in Europe.  Maybe no political parties in Singapore will buy his ideas as it seems too radical.  Nevertheless, these are alternative solutions and stand at a higher moral point.


The high point, here is, Mr. Ho brings out the key election question and the hot political potatoes.


In future, the potential prime minister and candidates must look humble and show compassion to HDB residents on their housing and income needs.  To project an elite image and showing off their high salaries is a political suicide. 2011 Presidential  Election and Punggol East by-election are two good examples.


On the other hand, in the coming general election, Mr Eugene Tan even predicts that ‘ It will almost certainly be a straight fight between the ruling People's Action Party (PAP) and the Workers' Party (WP). #2 And the government mainstream paper, the Straits Times calls it ‘ On the road to watershed hustings’. It seems to be the upgraded version of 2011 watershed election. Has this got to do with the outstanding and never ending housing and inequality issues? and/or the humble candidates?


The past 50 years of development has moved the PAP leadership away from the HDB and become self-centred.  They are no more humble about their background and seem to be anti-85% HDB population. If the current leadership work like their pioneers, housing and inequality will be less of the problems for the PAP now.


Therefore, humble and HDB-type prime minister and candidates will have competitive advantages.  When we look at Indonesian President Jokowi, Indian Prime Minister Modi, and even US President Obama, all have humble background and are closer to the people when they got elected.  Even in Hong Kong, the Chief Executive C Y Leung was seen less ‘elite’ than Henry Tang - his main opponent in 2012 CE election. In Taiwan, KMT candidates, like the PAP, are considered elites and face huge challenges in the coming mayorship elections, especially in Taipei and Taichung.


When Goh Chok Tong became  prime minister in 1990,  he had an image of  humble and HDB-type background.  However, when the PAP made Lee Hsien Loong the third prime minister of Singapore, do you think he carries a HDB-type of image?


The PAP under Lee Hsien Loong never promises Singaporeans a Swiss standard of living. In fact, PM Lee wants higher economic growth by inflating the housing price and enlarging the rich-poor gap.  Some may argue high economic growth is a good justification for high salaries. Rich becomes richer and rich can afford bigger and expensive houses and other luxuries.  This is good for high growth.


More and more Singaporeans realise the story behind the high growth.  It is built on the inflated housing prices and rich-poor gap. They doubt the PAP is willing to solve these problems.


The PAP not only created the rich-poor gap, it also created a situation of rich against poor. Way back in 2000 in Goh Chok Tong’s National Day Rally speech, he said, ‘We must not envy those who have made it rich. Rather, we must provide the opportunities for more to be like them. It means operating on the basis of meritocracy.’


The PAP’s meritocracy principle cannot solve  housing and inequality problems. They can only urge Singaporeans not to ‘red-eye’ the rich, the talents and the foreigners.  Without these people, including PAP leaders,  Singapore will have no growth and no visitors.


However, if you are one of the 85% HDB residents, your feeling and analysis will be very different. You want humble and pro-HDB candidates, not to mention a pro-HDB prime minister.

Has the third prime minister of Singapore given you the pro-HDB image and confidence? Will you want the fourth to be the same or let the current third to continued his (self -defined) meritocracy principle? 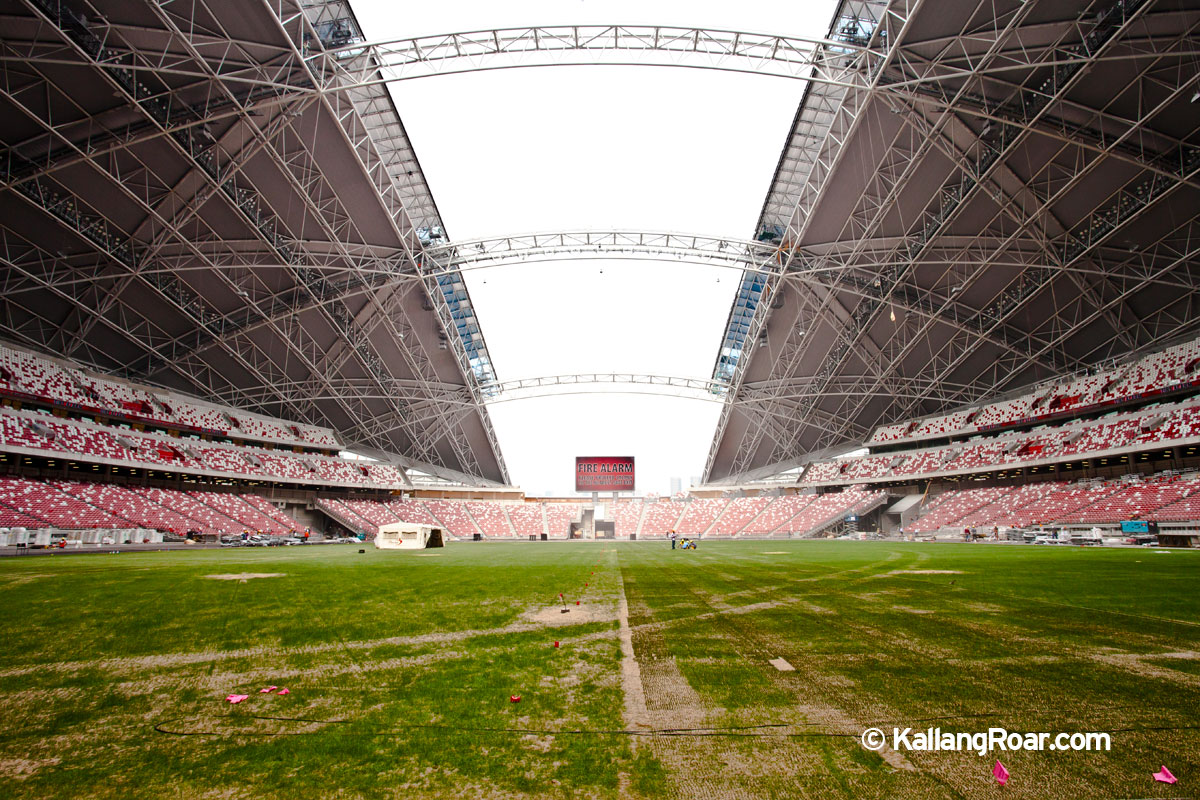 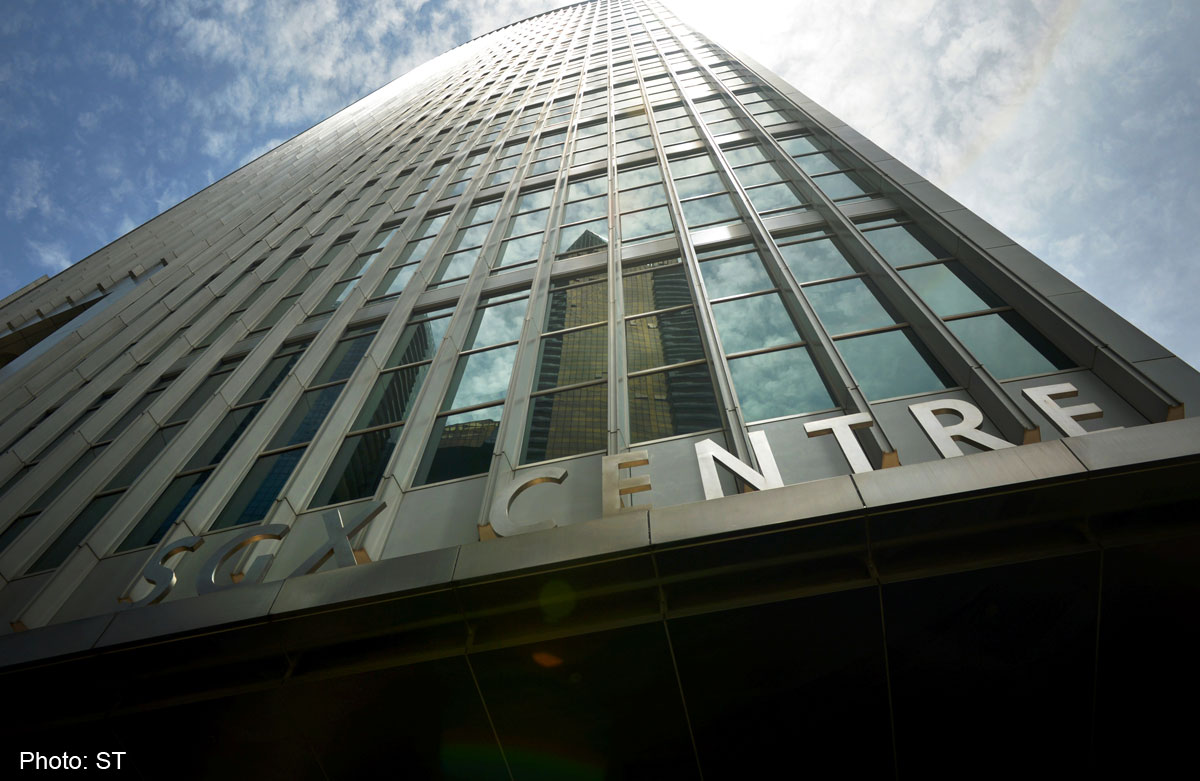 Singapore government has decided to call #ReturnOurCPF protest at Hong Lim Park a public nuisance.  And yet over in Hong Kong, protesters claim their movement is a public or civil disobedience. Can these two represent Asian ways of democracy mentioned by PM Lee?


PM Lee has made his point clear enough,  presuming the whole cabinet also agrees with this Way (of charging protesters at Hong Lim  Park).  What about Singaporeans?  Do you agree?


In a Forbes Conference, PM Lee said, "If you look at the countries in Asia, you'll know these are complicated countries and they work in different ways.”#1


Asian democracy gets complicated when bad examples are used.


Perhaps, we can look at the most successful Way in Asia - Japan. Meiji Reform started at 1868, less than 200 years ago. The reformation transforms Japan into a modern and democratic country.  Historians argue the modernization process has two important components work in parallel: militarism and democracy. Education, health care, technology, society, political and legal system etc. were all subjects to change under the Reform.


We cut it short and jump to Singapore as a comparison.  Over the past 50 years, what are two most important components in Singapore development?


Even though we have a very big defence budget, the word ‘militarism’ seems to be too strong.  It is  better to hide the ‘militarism’ under pragmatism as defence force or NS is mainly for self defence.  Pragmatism has inbuilt into  the whole of Singapore, from economic, education, language, birth control, housing,  even CPF. You contribute money to protect your future retirement need. The more you put in, the more you will take out later.  There is no free lunch.


Then, why a pseudo-democracy can also be the other important component?  Not to forget, everything the PAP government does is approved under the Parliament and acts according to Singapore Constitutions.  The government needs a mandate, in Chinese history, this is called ‘heavenly mandate’. In modern democracy or  pseudo-democracy, ‘Bills become Acts’ needs debate in Parliament.This is why the changes in Hong Kong Chief Executive Election need the final mandate from China’s Parliament in Beijing.


So, Singapore’s past success is based on the formula of
Pragmatism > Pseudo-democracy.
Pragmatism is taking the lead, doing 80-90% of the duty. And the parliament, as the supporting role, contributes to only 10-20% of nation building.


This is certainly off balance. But Singapore continues to progress as everyone is happy with this arrangement.  Not only that, Singaporeans also accept that this is the Confucian Way as claimed by the PAP leaders.  But how come an off-balance can be seen as a Doctrine of  the Mean#2.(Zhong Yong) One must in the mid-point then one can claim his/her ‘mean’ position.  The PAP is clearly not.


In a deeper understanding of Zhong Yong, it really does not mean the central position. In this case, the PAP  is right.  Look at the following Chinese weighting tool, the mean point is not necessary at the center.  You can adjust the balance as you wish. 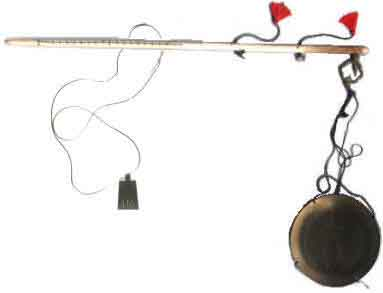 
The claim of running Singapore under the Confucian Way under this condition is right. There is no such thing of 50:50 for pragmatism and democracy. It is not necessary to maintain at 50% mark. However, Confucius will disagree with such an extreme off-balance of 80/90% pragmatism. Only Legalists will agree.


Interestingly, can the future PAP leaders know the real meaning of  Zhong Yong and play it to their advantage in policy making?  Will Singaporeans accept such a big off-balance, such a misinterpretation of Zhong Yong? Why must it always be 90:10 or 80:20 and not 60:40 or 40:60?


The PAP has over used the Pragmatism, from education, health care, HDB, no dialect policy, media control, ISA, GRC, NMP, to the latest public nuisance and ‘To Singapore, with love’. At the same time,  the PAP popular votes are in the decline and more oppositions are in the Parliament.


These trends will continue. The new balance point may not be the mean.  However, it will also different from the past. The hard truth is every single point moving towards the mean point will affect the popularity of the PAP. This is because voters will give more considerations to Democracy or perhaps consider Democracy over Pragmatism.


Singaporeans are luckier than people in Hong Kong. Whether democracy or pragmatism, we don’t need Beijing approval.  But is the assumption of China never change right and for ever? Chinese civilization, over the past 5000 years, is a change and adaptation with new elements, including foreign importations. Look at how they live, dress, dine, educate and entertain!


If Western modernization and postmodernization are the guides, especially for Singapore, then we will shift to a more equal and new balance point between democracy and pragmatism. The PAP of course wants to hold the unrealistic Zhong Yong for another 15 years.  They prefer to continue to use pragmatism as an excuse and want Singaporeans to sacrifice democracy.