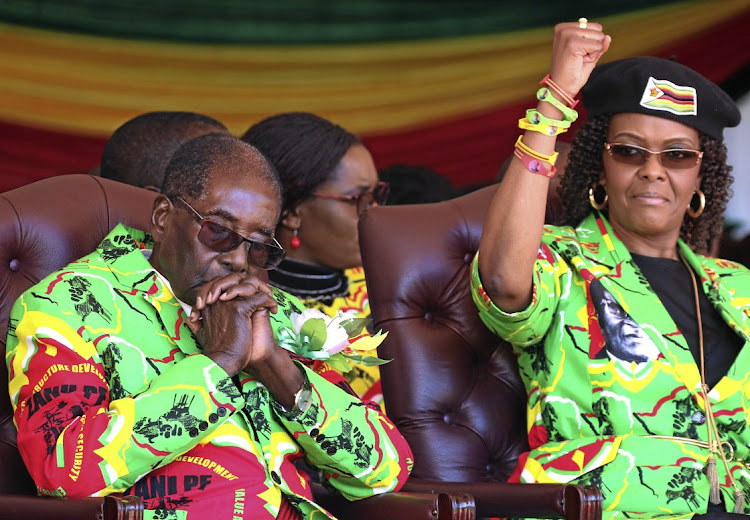 
The downfall of Robert Mugabe was a major international news recently. Robert Mugabe resigned under pressure from his own (ruling) party and possible impeachment from parliament.

[The apparent relief of many Zimbabweans caps six days of uncertainty in the country, in which Mugabe heard — and largely ignored — calls for his resignation from his own ruling ZANU-PF party and demonstrators in the streets.
Then, the capper: On Sunday, even Mugabe's own ZANU-PF party voted to remove him and his wife, Grace, and appoint the recently ousted vice president, Emmerson Mnangagwa, as the head of the party in his stead. That's when the party issued its ultimatum: Step down, or you will be impeached. (NDP (US)) 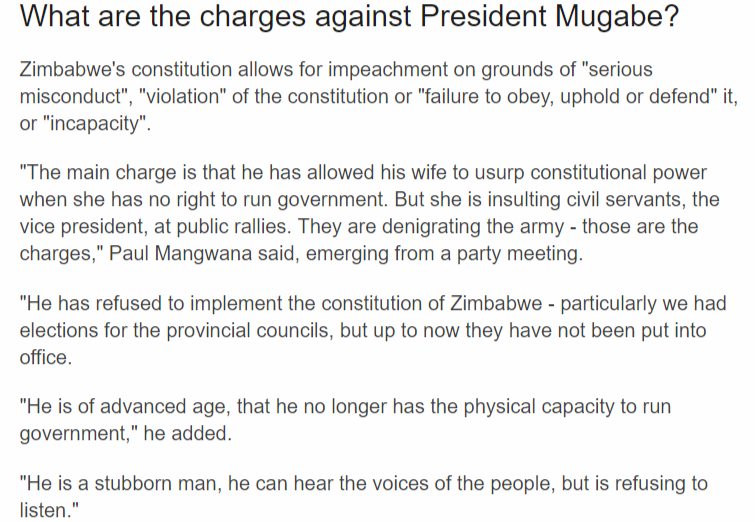 [In his resignation letter, Mugabe tried to depict his decision to step down as voluntary, a generous gesture to allow for a smooth transfer of power. The announcement halted impeachment proceedings that had already been launched against him by parliament. It’s a huge moment for Zimbabweans who have yearned for change. It’s also significant news to Africans who are hungry for democracy.] (The Washington Post)


The downfall of a dictator like Mugabe really teaches us at least two lessons:


In the absence of “ownself check ownself” , we can only check the PAP through voting more oppositions into the Parliament.   To ‘kiasi’ Singaporeans, Mugabe’s resignation is rather peaceful without bloodshed.  If Zimbabweans can do it, why can’t Singaporeans?


Tony Tan is very active after serving 6 years as President. He is now back with GIC as advisor. He reminds Singaporeans to stand firm to protect our interest against foreign influences.

[“It is imperative that Singapore remains vigilant against those who seek to mount insidious information campaigns to influence segments of our population for their own ends," he said.
"Singapore cannot tolerate attempts by foreign countries or entities to manipulate our people’s sentiments."
He urged people to question what they read, exercise judgement, and not to take information at face value.]
(channelnewsasia.com)


He certainly never learned from Mugabe. When he reminds us to preserve our interest, he seems to forget what is "our interest"? Our interest is to know more about CPF money, reserve, investment of Temasek and GIC.


When he reminds us to question our reading and judgement, he pretends all information released by the PAP government are correct and we should take their face value. Accordingly, we should suspect information from other sources, whether locally or internationally.


Zimbabweans have listened to Mugabe for nearly 40 years. But they finally say no to Mugabe and Mrs Mugabe.

Robert Mugabe: Is Zimbabwe's ex-president a hero or villain?

[For some, he will always remain a hero who brought independence and an end to white-minority rule. Even those who forced him out blamed his wife and "criminals" around him.
But to his growing number of critics, this highly educated, wily politician became the caricature of an African dictator, who destroyed an entire country in order to keep his job.]
(BBC)


In Singapore, we have been listening to the PAP since 1959. Can we pretend and accept PAP information at face value without any questioning as suggest by Tony Tan?


PAP, like other local or foreign sources, can manipulate our people’s sentiments (LKY passing, national unity, world number one MRT, …).


Tony Tan is telling one side of the story. We need to know the other side of the story and demand the self- consciousness PAP members, including the 200 potential candidates, to stand at the right side of history.
at December 04, 2017