Singapore public bus industry is moving into a new contracting model. This is a new Public Private Partnership sitting on an existing one.


Contracting model (CM) #1
Bus services in Singapore will be bundled into twelve bus packages, with about 300-500 buses each. For a start, the government will tender out three packages of bus services, starting from the second half of 2014 for the first package, for implementation from the second half of 2016. The contracts will last for five years, and can be extended by another two years with good performance.


The other nine bus packages, comprising the remaining 80% of existing buses, will continue to be operated by the incumbent operators (SBS Transit and SMRT). The government will negotiate with the incumbents to run the nine packages under the contracting model, for durations of about five years when their Bus Service Operating Licences (BSOL) expire on 31 August 2016. After these negotiated contracts expire, more bus services will be gradually tendered out.


Existing model – BSOL, BSEP
Under BSOL, the operators (both listed companies) are responsible for profit/loss with government financial incentives. Under the Bus Service Enhancement Programme (BSEP), the government partners public bus operators to significantly increase bus capacity and enhance bus service levels to benefit commuters. For example, the government is spending $1.1 billion to purchase 1000 buses for the operators.#2


The expanded BSEP will also provide more resources to double the number of new routes from 40 announced previously to 80. Bus crowdedness and waiting times will also be progressively improved, especially during peak periods. Bus commuters will enjoy a shorter waiting time and more space on board. Majority of the BSEP improvements will be implemented by end 2016. #3


Latest Development
As announced in May 2015, Tower Transit is the successful tenderer of the Bulim Bus Package, who will receive an estimated total fee of $556.0 million over five years. The 26 bus routes will be based out of the new Bulim Bus Depot, which is scheduled to be completed in 2015 and able to accommodate about 500 buses. #4


Comparison between CM and BSOL 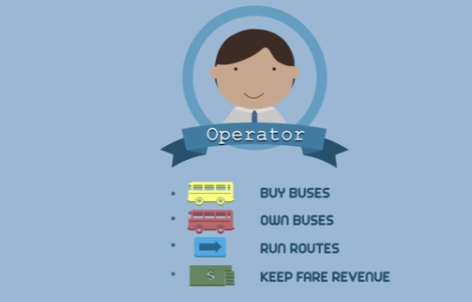 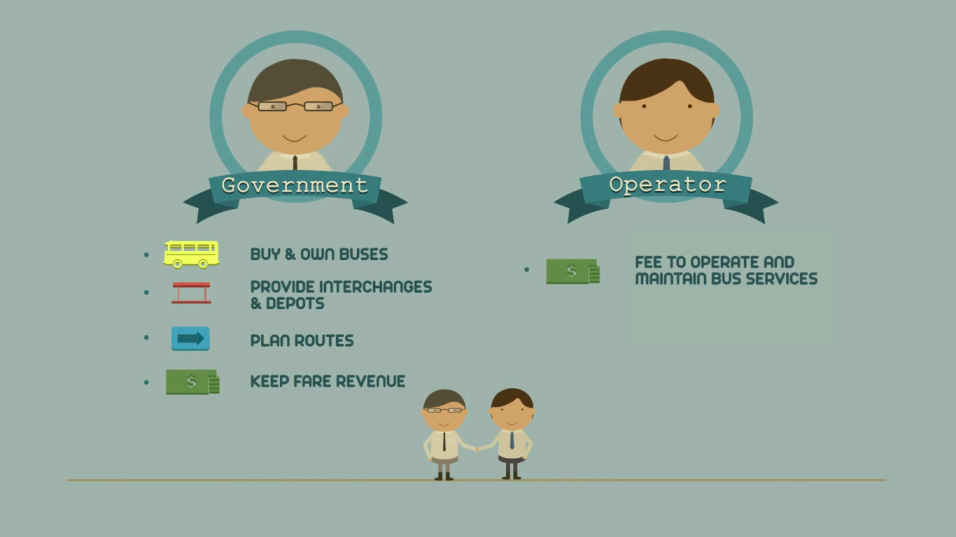 Under CM, the government is taking more risks. It is looking for a responsive managing agent and creates contract competition.#1


The dark sides of CM
The government hopes to get the 'best practice' in the world to achieve quality bus service under CM. It now goes a step further to plan bus routes and even collecting fares. This is a 'government knows best' mentality. Even under BSOL, the government has already involved in everything. The two bus operators have strong link with the government even though they are public listed companies. BSOL is a semi-government involvement. CM is near to nationalization.


Another key weakness is citizen engagement. Singapore is known to have efficient government. Traditionally, policy making is top down and public feedback is always not the top priority. Whether CM or BSOL, it is a government lead PPP.


The infrastructure planning will continue to be in the hand of government. The only competition created is in service improvement or innovative service solutions.


The CM is a step closer to nationalized public transport. The bus operators are management contractor, only responsible for running/maintaining bus services. They receive a fixed fee in service performance, for example, $556 million for a 5-year contract for Tower Transit.


Considering Singapore government as a good pay master, this CM is a stable income generator for the contract winner.


Since it is collecting fares, any shortfall in revenue will be shouldered by the government. Subsidy may be needed to maintain bus fares.

Financial risk, as usual practice in all PAP policies, can be transferred to the citizens but can they do the same for political risk?


[more responsive to changes in ridership and commuter needs, as well as inject more competition into the industry, thereby raising service levels for commuters over time. ]