The Age of ‘Chinese Helicopters’ and their Soft Powers 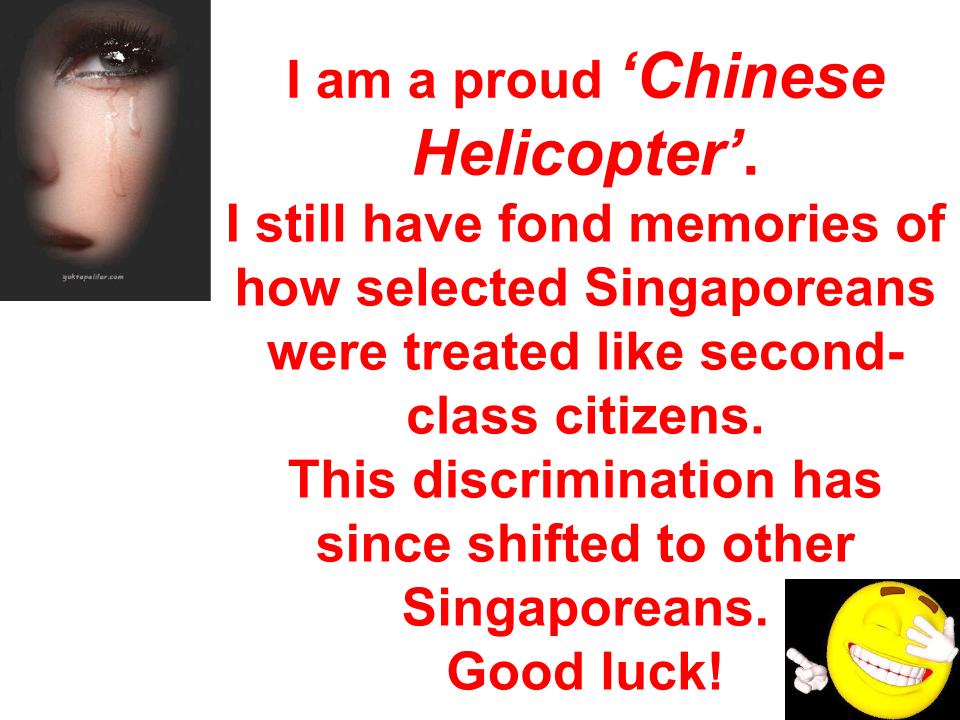 Oxford English Dictionary does a good job of remembering the past history of ‘Chinese helicopter’ in Singapore. Chinese Singaporeans, who only know Chinese but speak little English or ‘broken English’ are treated differently from their English speaking elites and the government. Thanks to OED, ‘Chinese helicopter’ has officially entered the mainstream English speaking world.

Why is it significant?

It records a past history of discrimination, prejudice and insult. Some Chinese educated Singaporeans have voiced out recently and even protest for such a listing. However, it serves as a reminder of our ugly past and a proof of how the PAP government intentionally insults their own citizens.

Just imagine, by the same analogy, an Italian speaking Swiss is an ‘Italian helicopter’, a second-class citizen in Switzerland. Similarly, a French speaking Canadian is a second-class ‘French helicopter’ in Canada. Italian and French are both official languages of Switzerland and Canada respectively.  What do you think?

Not to forget Chinese, Tamil and Malay are official languages of Singapore too. Malay is even the national language.

When we object the listing of ‘Chinese helicopter’, we are, in fact, giving the PAP a chance to deny or ignore this insult or discrimination. ‘Chinese helicopter’ is not a happy history but it shows how the PAP government intentionally, systematically, consistently targets certain groups of citizens for humiliation purpose.

With the passing of ‘Chinese helicopter’, the PAP government has since shifted their focus to other Singaporeans. We now have another type of helicopters - failed PMETs, middle-class problem, 10-year wage freeze, cardboard collectors, dishonest and failed opposition leaders ….

Even the elected members of parliament can not escape this discrimination and humiliation. Elected by the voters, oppositions MPs can not have the same community funding, use of public facilities, etc. They even have to seek non-elected PAP grassroots advisers to approve activities in the own constituencies. They also cannot sit together in the parliament. They are treated like second-class MPs.

The real ‘Chinese helicopters’ are coming and we welcome them with open arms. Chinese tourists are all over the world. You may dislike them but cannot deny their purchasing power.

We have to think ahead, beyond money, the soft power of ‘Chinese helicopter’ in the next 20, 30 years. 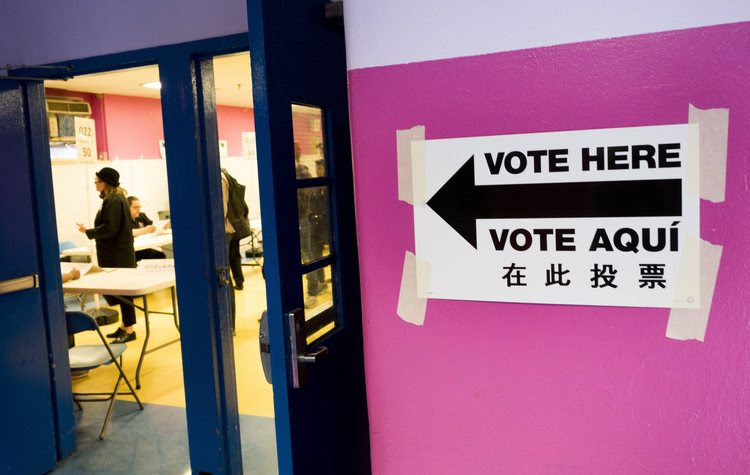 In the coming California Democratic primary, both Clinton and Sanders have also aggressive put up their ‘Chinese helicopter’ advertisements. They even go further with Cantonese promotional campaign.

SOFT POWER - WHAT KIND OF ‘CHINESE HELICOPTER’ IN FUTURE

In the next 20, 30 years, the behavior of Chinese tourists will be very different, especially the younger generation. In the following Taiwanese economics current affairs program, please fast forward to the last 10 minutes of the TV show to learn the latest education changes in China and Taiwan.

Comparing to the grading changes in our PSLE examination, the Chinese ‘small change （微调）’ in primary education will really set you thinking - what kind of soft power they want their next generation to have!

The change in PSLE is like ‘sitting inside a well (坐井观天).’ - still a exam problem.  And the so-called ‘small change’ in China shows the ‘helicopter view’ of their soft power. A primary school graduate will have a vocabulary of nearly 5000 characters that will be sufficient for an adult use. They will also learn more Chinese classics and traditional values.  We can expect more civilized Chinese, better behavior and responsible citizens in future.