Whether it is a smaller size or bigger size Group Representative Constituency, the fear factor has gone, especially for young voters. Instead, voters want change and more opposition members of parliament in the next parliament.


‘Change’ will be the key word rather than the cosmetics boundary changes.  When we receive our SG50 money in August, we should try to keep a small sum of $5 or $10 (or big sum if you wish) to support this Change. We can donate some monies to the oppositions or buy souvenirs, like umbrella, magazines, newsletters, etc at the rallies. Small monies can make a big change as poor and rich have the same voting right.  The PAP is giving state monies to us but we can use it wisely for good cause. 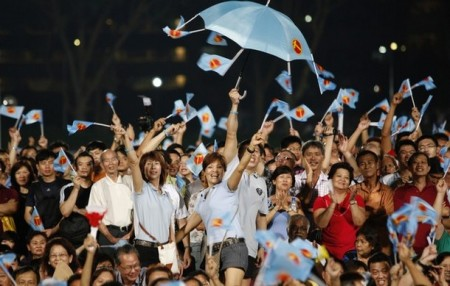 Change has to continue and cannot just stop at 7.

Whether the Electoral Boundaries Review Committee was formed two months ago, it is expected the drawing of new GRCs and single member constituencies has already finalised.  The result announcement of the Committee may come sooner than expected. The PAP has strategically planned it well before. The reveal in Parliament is just a formality.


Every general election, there is a boundaries review in Singapore. When you know about it, it is over and in many times, it caught oppositions by surprise.  However, like a football game, this home ground advantage has gone as GRC cannot guarantee a PAP victory.


GRC system has become an investment venture with diminishing return for the PAP.  It used to be an investment safe haven for the PAP in the past.  Creating big GRC, from three to six members, PAP could win big. However, it means big loss too if voters want change. Now, the PAP has to strategically move to smaller GRC to minimise loss.


This clearly shows that voters want to see changes and the PAP is caught in their own design fault.  No system is perfect, especially when more and more voters are unhappy with the PAP government.


So, can the redrawing of boundaries prevent the loss of the PAP? Can it minimise the loss? or will it create more opportunities for the oppositions?


The coming general election will be a very keen competition. Besides the PAP vs. the Opposition, it is also a contest amongst opposition parties. The PAP is hoping a repeat of Presidential Election 2011 when the PAP supported candidate managed to get through in a 4-corner fight. Even with 35%, it is still a win for the PAP.


By this analogy, PM Lee’s instruction to the Review Committee is to design a GRC structure that the PAP can win by a small margin as far as it is a win.  It is possible the Committee will design some constituencies that are ‘sure’ losses to the PAP. It wants to contain the losses (even big loss) in certain areas but wins in majority of other areas, a marginal win will do. 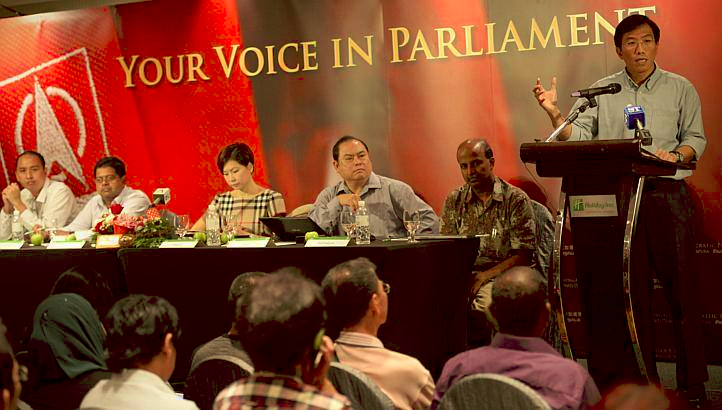 
It is important to deny the PAP’s two-thirds majority. We need more debates in the parliament. Smaller GRCs and more single constituencies (?) will help to achieve this goal. It means some GRCs may not have an anchor minister as the number of GRCs is expected to outnumber the number of ministers.


The Review Committee, as usual, is working secretly and non-transparently funded by state money. Their duty under PM Lee’s instruction is to prevent Change even though they are making real changes in constituency boundaries. As in the past, they want to prevent any possible upset for the PAP. It is not easy to maintain no change for 50 years in politics. The Committee has done a good job so far but can they repeat the same success story this time?


Perhaps, this explains why the renaming of the Institute of Southeast Asian Studies (ISEAS) to the ISEAS-Yusof Ishak Institute has to work like the Review Committee.


From ISEAS to ISEAS-Yusof Ishak Institute, it is a downgrade - from the power of the President to the power of a minister.


Whether old or new ISEAS, it is a think-tank of the PAP.
If voters do not like this cosmetics change, we can vote the PAP out and refine transparency, checks and balances, democracy in Singapore.


In other word, can the Review Committee appointed by the prime minister prevent the Change? Can they work against the wishes of the People?