In the past months, Lee Kuan Yew’s values were hot topics. Besides inherited some of the bad habits of Lee Kuan Yew”s values, what are Lee Hsien Loong’s values?


[The value of quick money]


The very first thing when he became prime minister, PM Lee introduced integrated resorts - casinos. In his earlier days of prime ministership, he already thought of a ‘get rich quick’ economic policy for Singapore. This is why he promoted casinos in Singapore. Not only in gaming industry, in housing industry we also see high price of Housing and Development Board flats. It is easy for government to make quick money in casinos, in housing, in banking, in telecoms, in road pricing … as far as you are the licensing authority.


Recently, the government finds some innovative clubs also engaging in ‘get rich quick’ schemes by operating jackpot machines.  However, clubs are losers as they don’t have the right to print the operating licences and clubs are subject to rules and regulations under the government.


When we encourage Singaporeans to try their luck by paying $100 to get a licence to pay at casino, we are telling people there is a way to make quick money even the chance is slim. However, some people do try and as a result, we see the increasing numbers of pawn shops.


Lee Kuan Yew was against gambling. However, he eventually changed his mind because he saw the benefits that it could bring to the country. Perhaps, in this belief, Lee Hsien Loong also thinks 38 Oxley Road can be preserved. But as seen in gaming in casinos, the outcome is not always positive, sometimes, it depends on your luck.


[The value of anti-meritocratic and racial divide]


The Elected President wayang is a continued play of licensing. The People’s Action Party has the licence to direct the wayang.


In LKY’s evaluation, EP must be a person who can safeguard the reserve and understand and know how to read financial reports. However with a reserved EP, we are not getting the best and capable person to serve. It is even working in concert with the government.


Is this the same EP value that LKY trying to promote?


By denying the EP value of LKY, Lee Hsien Loong has to acknowledge the EP is a policy mistake.  He is introducing the wayang EP to correct LKY’s mistake, just like the Ministerial Committee on 38 Oxley Road.  Not to forget PM Lee has the licence to do so as he is the head of the government.


[The value of dishonorable behaviors] 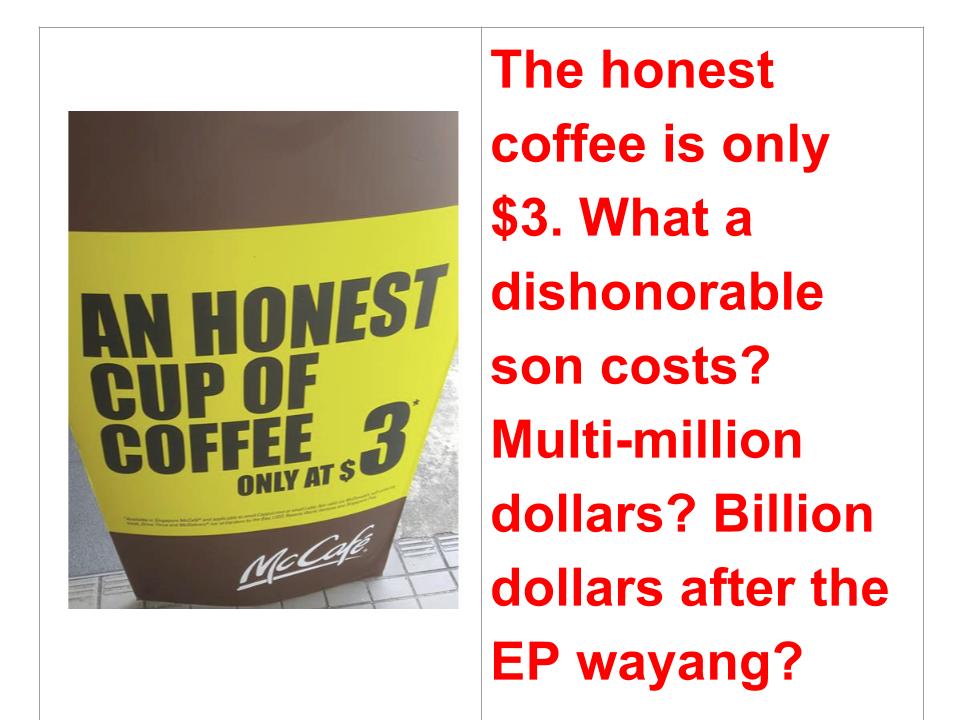 Under the licence of ‘ownself defend ownself’, the parliament clears PM Lee’s abuse of power allegation.  However, the title of dishonorable son remains. For traditional Confucian values, dishonesty is even worst than power abuse. A dishonest person can do all bad things, including disloyalty, abuse of power, corruptions, etc.


Since Han dynasty, ‘governed by filial piety’(以孝治国) had been a key principal value even though not all emperors were dutiful sons. 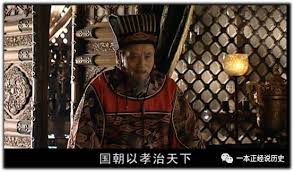 In ‘Lee Kwan (Kuan) Yew, Singapore and the Power of Filial Piety’

(http://www.huffingtonpost.com/tom-doctoroff/lee-kwan-yew-singapore-an_b_6952284.html), the writer has credited filial piety as a success factor for Singapore:


{Despite prominent Indian and Malay minorities, Singapore is predominantly Chinese. It is a profoundly Confucian society. The individual does not exist independent of his responsibilities to other elements of society. Even in 2015, the elemental productive unit of society remains the clan. Relationships are organized according to the wu lun (五伦）— five fundamental relationships that constitute a naturally ordered society: between father and son, husband and wife, older brother and younger brother, friend and friend, and ruler and ruled.}


PM Lee, as criticized by his siblings as dishonorable son, has a long way to clear his name and the licence to rule.


It is very unusual for an eldest on not being the executor and trustee of her father’s estate in Chinese tradition. In dynasty history, it means the successor has lost the authority to rule. In the eyes of Lee Kuan Yew, his  final decision and clear message to Singaporeans are Lee Hsien Loong is not the successor of Lee family.
at July 22, 2017