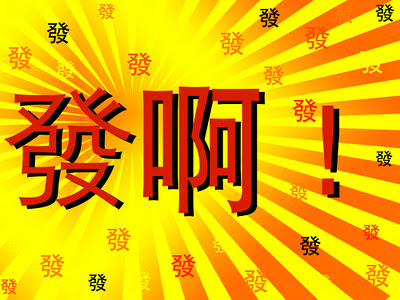 ‘Super-Rich and Us’, a BBC documentary, may be a good refreshment to watch if you have time over the Chinese New Year holiday. If you have only 15 minutes, then you can go straight to the last 15 minutes of part 2 for a brief summary.


The 2-part documentary explains how British government, in order to boost economic growth, offers tax incentives to Super-Rich and promotes London as a financial centre. How rich becomes richer despite financial crisis. Even poor can still be a market for the Super-Rich as their debts increase.


Singapore in many ways is promoting and attracting Super-Rich. The following articles will provide you some background information:

Wealth Over the Edge: Singapore

Singapore — home to the world's super-rich

Singapore: playground of the super-rich


The BBC documentary describes the model of attracting the Super-Rich as a top 1% model. The PAP government is doing the same thing here with one exception. They argue the Super-Rich and their investment will help to boost economic growth here. So, we must support them, providing them incentives, safety and security. By doing so, the PAP politicians also aim to be the Super-Rich.


This is the exception to the British model. The difference between a competitive and controlled election environment.  Without competition, the PAP politicians peg their salaries to the top earners - Super-Rich in the society. No other democratic elected governments in the world dare to match the salaries of their ministers and senior civil servants to the top earners and Super-Rich. Neither labor nor conservative government, neither the Democrats nor the Republicans, not to mention European countries, will dare to match their political salaries to the Super-Rich.


PAP politicians are able to accumulate savings over their fat salaries. If they are not political holders, they can hold directorship in the listed companies to get ‘extra income’ on top of their salary and MP allowance. They are able to accumulate their first million (第一桶金）saving faster and earlier than many other Singaporeans.  In fact, our ministers can easily get their ‘first gold’ within a year.  This is an important milestone for any person.


Even Taiwan’s President Ma Ying-jeou, with his modest income, still manages to save quite a lot. In Taiwan, all key political holders need to declare their annual income to the parliament.


Ma’s saving is really a very small sum as compared to PAP ministers. However, he is still under fire and is attacked by the oppositions. Do you think Ma will dare to match his salary to the Super-Rich in Taiwan?


Saving is an important asset. PAP government wants Singaporeans to save money too, through the CPF system. However, a ‘first gold’ saving of extra fund is different from CPF saving. Wealth managers, financial advisers and investment bankers who advise Super-Rich will approach ‘first gold’ winners for all kinds of investments, be in property, stocks, bonds or future as explained in the BBC documentary.  With a big saving, ‘first gold’ winners can make big investment and big return. This makes the rich-poor gap bigger and bigger. But the Western politicians dare not think of ‘first gold’ and Super-Rich.


Unsustainable situation for the PAP


PAP’s past advantage in awarding themselves ‘first gold’ has gone. No matter what explanation the PAP gives, voters will question their moral obligation to serve. The PAP is supporting an unsustainable model of top 1%. This model of rich-poor divide has posed a great challenge in democratic countries in the world.  Not to mention, the politicians dare to think of ‘first gold’ and become a Super-Rich.


The PAP’s moral high ground is to create ‘first gold’ opportunities for their politicians. How can they win an election with a model of top 1%? How can they convince 99% voters who are not Super-Rich?