[SCCCI pre-budget recommendations show very little entrepreneurship. It looks like a government statement. No wonder strange things such as unlicensed trade fair can take place in Singapore. It is also not surprise to learn that a local elected administration was caught committing a crime of illegal trade fair.]

Singapore Chinese Chamber of Commerce and Industry is a representative of Chinese businesses in Singapore. In the past 50 years, it has not only lost the representation status but also the enterprise spirit. Now, the key players in our economy is either Government-linked companies (GLCs) or multinational companies.

It lacks some kinds of imaginations and certainly it is short of entrepreneurship. In the past 50, 60 years, the PAP government has made local businesses less creative but easier to control. The focus of economic growth is not local enterprises, just like the political development here. The PAP government wants a direct control of the economy through GLCs. It is not interested in developing local entrepreneurship.

When you look at the telecommunication or transport sectors, it is just a GLC market competition. Even you are the best run bank like the Overseas Union Bank in the market, you can't escape the fate of merger with another bank. In order to build up the capital base, the government would agree with the merger of POSB into DBS. What kind of entrepreneurship is this? To create the largest property company in Southeast Asia, the government just needs to merge the property businesses under its control from different statutory boards and GLCs.

When our political development enters the new normality and reality, local businesses have to
re-look and re-consider their roles in the economy. Business recommendations look more like a government statement are not acceptable.

Entrepreneurship dares to be different.

When Nanyang University and Ngee Ann College were established in the 1950s and 1960s respectively, they did not have official recognition and status. There was no legislation approval and they operated like a ‘limited’ company. Some may consider they are failures. But their fighting and entrepreneurship spirit is forever remembered. Which business has no failure except GLCs? Few democratic elections in the world have some many walk-overs that candidates do not need to face the voters.


Like in business, the PAP wants to play the GLC card and GLC type of competition in setting up GRCs and redrawing electoral boundary. They try to do a GLC in politics. The current unlicensed trade fair is just another PAP game play.

However, there is a clear difference between politics and business here in Singapore. Political entrepreneurship and creativity seems to move ahead of business development. Strange?
What a surprise it is! Perhaps, politics involves more people, more voters and different interests. Businesses are simple profit and loss issues. If you give me grants, incentives, projects, funding, I will continue to support you. Of course, I will also depend on your kindness for survival, growth and to become a world-class enterprise. This is a reality of the past.

It is time for local business leaders to think about their new roles in a smart economy that has sophisticated and complicated voters. The PAP can not guarantee a perfect landing. It have made mistakes in the past, politically and economically. Local businesses must also watch the political development closely. When the opposition has a billion dollar budget, do you want to take their projects as your track records? Oh! Billion dollar projects! It is not a small play anymore. 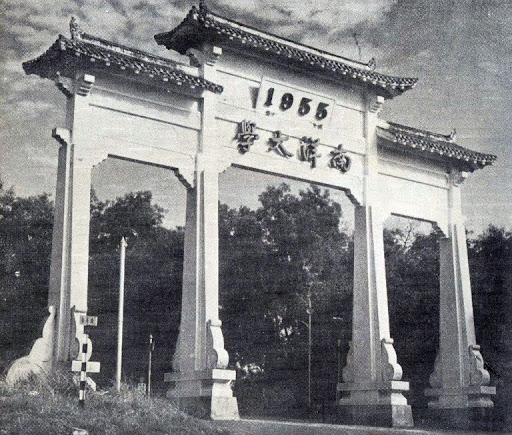 Despite all odds and formation obstacles, Nantah was registered as a limited company - running education like a business. Is this a creative entrepreneurship? photo: google#2