What is the purpose of Poverty Simulation exercise for the rich? It is to let them experience the inequality and poverty level in Singapore. The Channel Newsasia reported, ‘more Singaporeans are signing up to understand first-hand the stress and constraints faced by the less fortunate.’#1 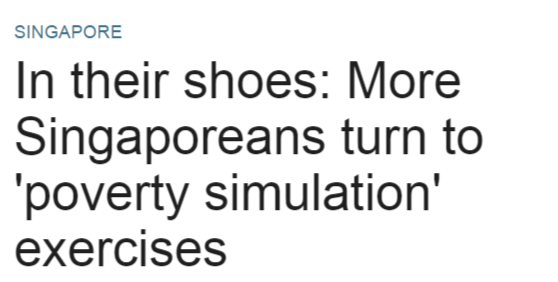 
The simulation will provide a guideline and reference point. Poor people’s standard and quality of living is similar to the simulation exercise as claimed. This is the ideal and optimal level. And the PAP government recognizes it, even though an unofficial one.


Majority of the voters also believes that our current poverty level is at its optimal and agree with this ideal stage. Hence, it is important to let everyone know, especially the rich ones.  Any deviation away from this optimal level will endanger the social cohesiveness. The PAP government wants to maintain this cohesiveness by maintaining this level, this Gini coefficient. Do you agree and support it?


In many ways, Singaporeans also believe the explanation given by the Ministry of Finance.(MOF Occasional Paper August 2015 released before GE 2015) 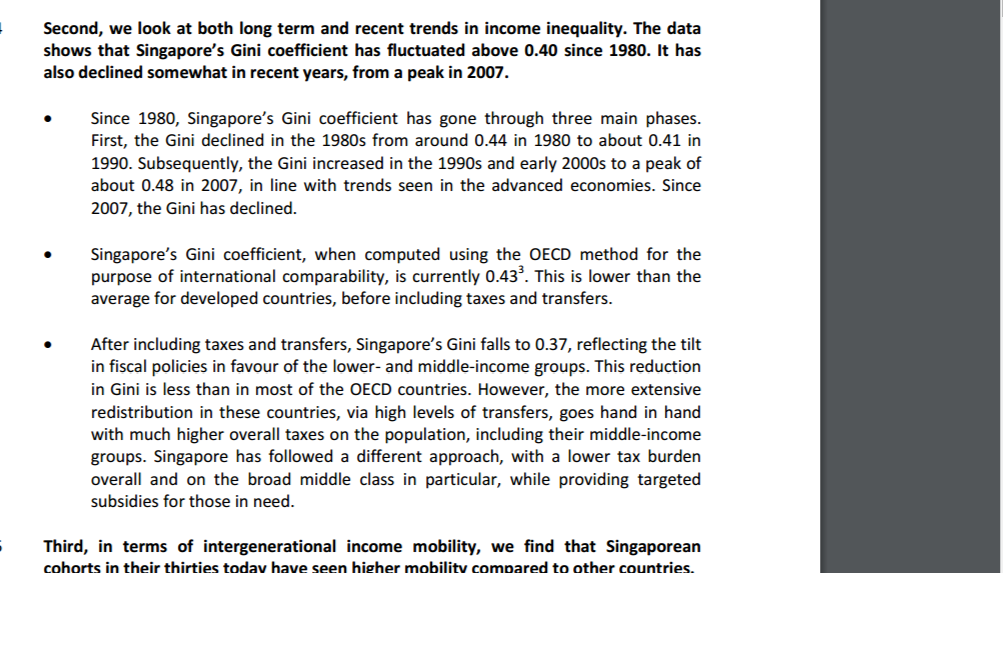 The government also wants you to believe that tax burden is low here. It, of course, has to accompany by low transfers to reduce Gini coefficient as shown below. 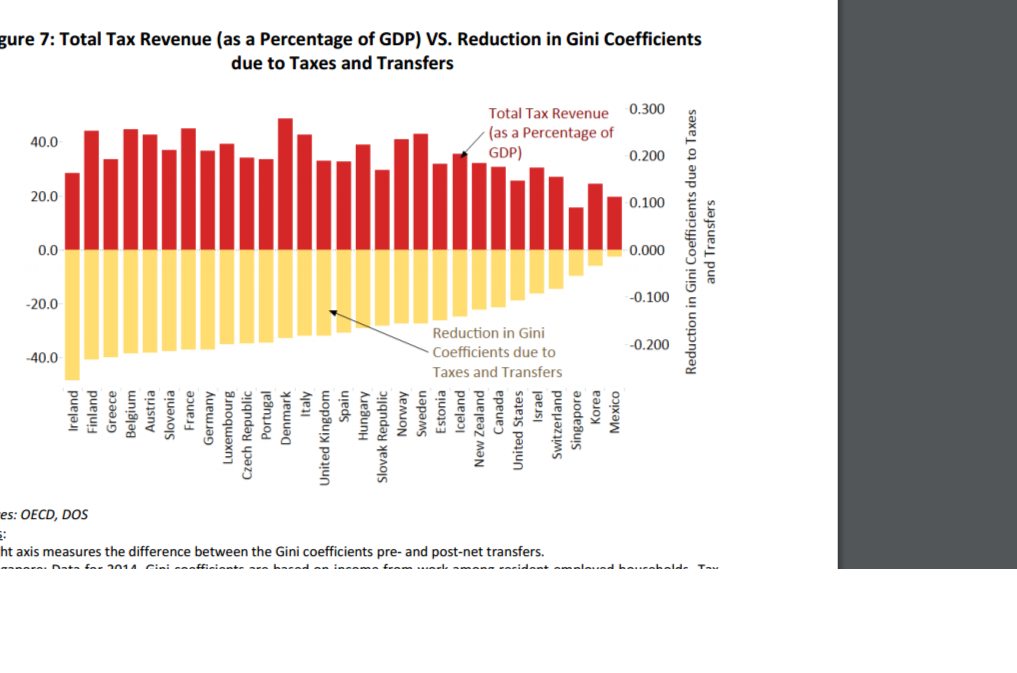 This is the ideal level. The government takes very little from you.  In return, the government also gives you very little (as far as Gini reduction is concerned). This is to tell the rich and majority of Singaporeans that the current simulation exercise is acceptable, perhaps a world model.


If the situation turns bad, like a Gini of 0.5 or 0.6, it will cause social problems. Will it happen? Singapore is projected to have 1-3% growth rate this year. Some sectors are expected to have negative growth. If the world economy is not improving and the prediction of possible financial crisis#3 does happen, there is a high chance the Gini, inequality and poverty situation will get worst.


Where can the poor get help in a bad economic situation? The government’s position is to ‘take less and give less’.  When you think about the Elected Presidency issue, the government will certainly not agree to use past reserve to help Singaporeans. No one knows about the true picture of our reserve, even the President wants to help, he has no financial means to do that. You need to have ‘out of box’ thinking on the EP issue and later on the Constitutional Commission's commendations. It is not a simple question of 'terms of reference'.


After all, life will be unpleasant for the poor, for the families, even the middle class.  How to overcome the difficulties when the government is not willing to help?

The PAP claims the current Gini coefficient, inequality and poverty level are ideal and optimal. They try very hard to maintain it. However, it is a flaw of SG50. A real picture is going to emerge, especially, the PAP is running out of economic solutions.  Some even suggest to enlarge the tax base: