{Less emphasis on economic growth and more emphasis on citizen engagement offer a sustainable option for Singapore. The passing of Lee Kuan Yew is a closing chapter for maximum utilitarianism and an opening for more positive citizen participation.}

The World Bank Group is promoting citizen engagement for world development, especially in developing countries. Being a first world country, Singapore in fact does not need such an advice. However, in the past 50 years, despite economic success, our citizen engagement movements are like our press ranking far from satisfaction.
It is a voice poverty similar to the asset poverty in developing countries.


Singapore is very proud of her achievement over the past 50 years, naming from third world to first world in one generation. However, after increasing the aggregate utilities (wealth) to the top of the world, Singapore ruling party, the PAP, is now facing huge political pressure. People in Singapore are rethinking this utilitarian approach.

Rich but not happy mean the welfare(well being, utilities) is not increasing anymore, i.e. marginal utilities not increasing. Perhaps, Singapore is now a high income country and people’s happiness will fail to increase when their income has reached a certain level, e.g. US$75000. However, Singapore has a very high Gini index - big rich and poor gap. The continued increase in total income and utilities will add more pressure to the lower and middle income citizens.


Lee Kuan Yew created a model of ‘PAP knows the best’. Under this model, Singapore pushed for maximum utilities of economic growth.  When comes to citizen engagement and consultation, the PAP only engaged people who can contribute to growth and increase their marginal utilities.  People who disagree or make no contribution will have no say in decision making.


However, when we consider the development approach under the World Bank guidelines, Singapore in many ways is a below average student. It is because WB considers risk and opportunity of transparency and accountability in a country. WB also wants developing countries to engage their citizens as a game changer for development.


The PAP government is, in fact, actively engaging citizens but in a wrong way.  It is using a ‘monopoly’ approach as well as ‘fear’ factor (ISA, defamation).  It is very different from the WB model.


The PAP has a monopoly in information. The mainstream media is under the government control. It also controls the labour movements, hardly any true labour/citizen engagement. The government’s feedback unit is collecting pro-government feedback. Almost all civic organisations - sports/trade associations, charity/religion bodies, NGOs, are headed by pro-PAP or government friendly people. 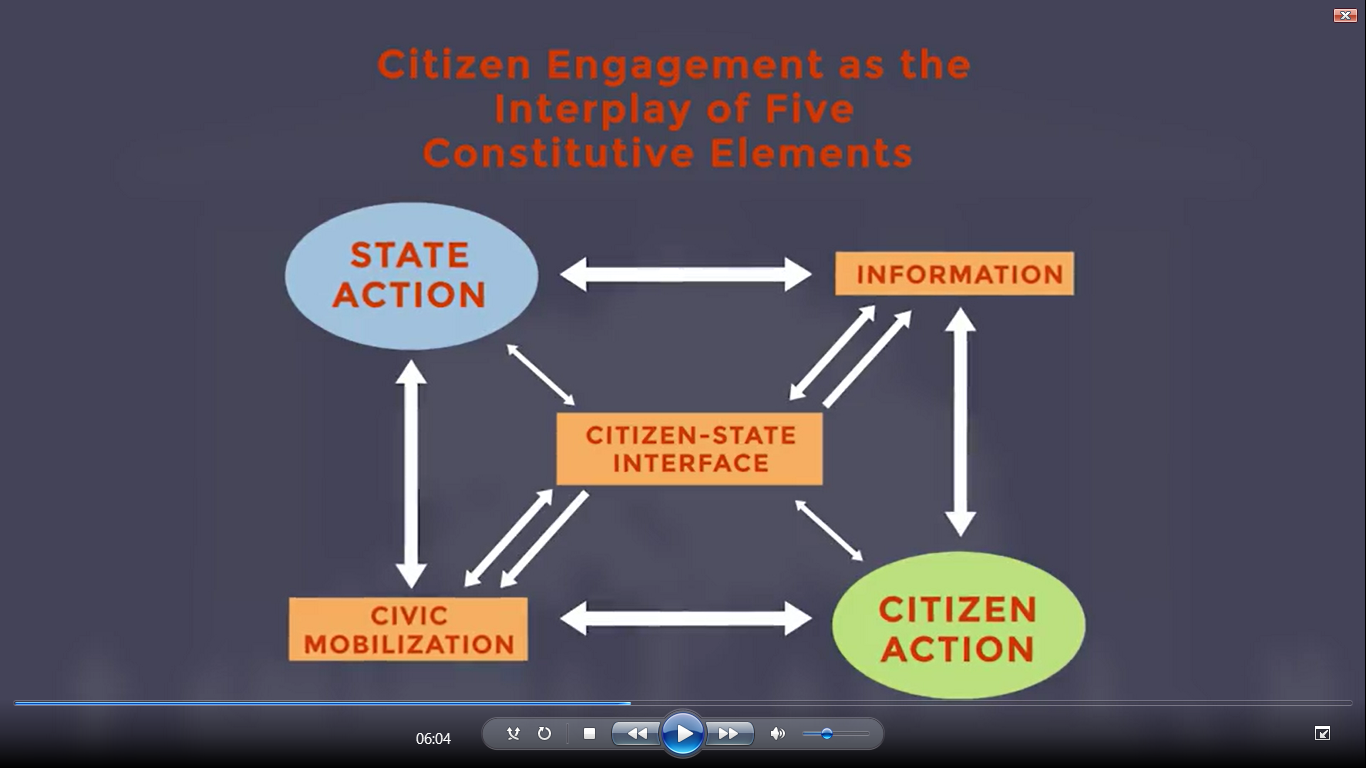 However, in Singapore,  there is only one big element: State Action. Civil mobilization, information and citizen action are all under control or manipulation. The once powerful grassroots mechanism in the past has helped to maintain some degrees of citizen-state interface. However, the current grassroots feedback has broken as shown in the drop in popular votes in 2011.


A ‘five constitutive elements’ balance became an unbalance of one super State Action element under Lee. This is not a sustainable situation and bad for the long-term development of Singapore.


If we re-consider the public debt issue mentioned by IMF, it is in fact also a citizen engagement issue. The Monetary Authority of Singapore thinks the high public debts is less of a problem because these are domestic debts, not international debts. The domestic debts are Singapore government’s borrowing of CPF monies (through bonds issuing). CPF monies come from citizens and PRs. Is there a proper citizen engagement in CPF monies, bonds, debts and returns?  This will continue to be a hot topic if the State ignoring engaging Singapore citizens.


Citizen engagement is a dirty word


Citizen engagement is not necessary as the PAP is the best government that knows all the problems in Singapore. In the name of inclusive society, the PAP sets up many feedback channels, either under direct control or through proxy, to show the effectiveness of (false) citizen engagement.


However, the five constitutive elements in the past 50 years have narrowed down to State Action. We see only the State is in action not the citizens, for example, the State can suddenly revoke the right to speak at Speakers’ Corner. The State can detain a person with trial under ISA.


In the views of the PAP, citizen engagement (e.g. #ReturnmyCPF, Population White Paper etc.) is a dirty word. It prevents the State to achieve higher economic  growth, higher aggregate utilities, and it also prevents the distributive justice that the PAP is championing for, e.g. high medical costs, housing, etc.


However, for long-term sustainability, Singapore as suggested by WB has to engage her citizens. It is a game changer for development after Lee.

# for more information on citizen engagement, you may visit  https://plus.google.com/u/0/communities/100419219887402079673
http://gpsaknowledge.org/
https://consultations.worldbank.org/consultation/engaging-citizens-improved-results